I left work on Friday and headed to the airport, caught my flight on Delta and flew to Vegas. Before flying out, I'd posted something on Facebook about the trip. I'm friends with a some people from high school still on Facebook, including one of my former high school science teachers. Scott said he and his partner had room for me at their place so I was happy to accept in lieu of spending money on hotel. Flight was delayed a bit, but I got into Vegas around 9pm, grabbed my rental car and headed over to their house.

Scott and Ken were still up, and it was almost 11pm so I felt guilty since it was so late. I haven't seen many people from high school since 1994 when I graduated, and this was the first time outside of Facebook I'd talked to Scott. I got to meet Ken too, he's a good guy and has a great disposition. Scott and Ken's house is incredible. In fact the first thing I asked when I walked in was how much cocaine they distribute weekly to afford that place. I asked them if I could take photos and they said they didn't mind, and I've added them below. 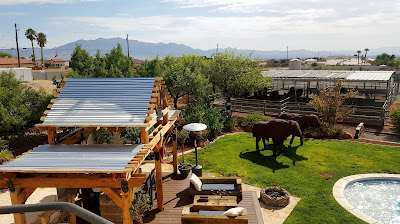 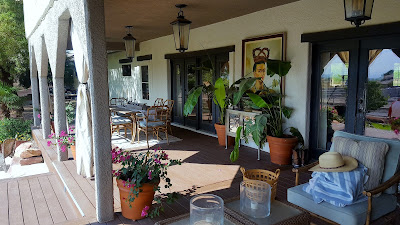 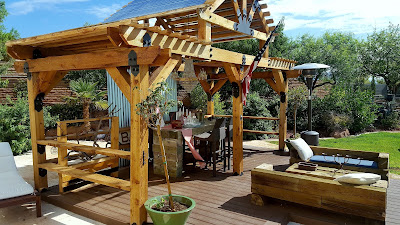 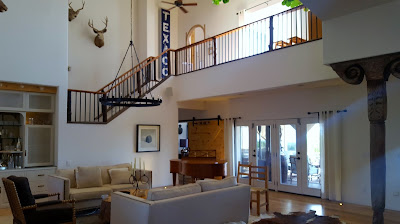 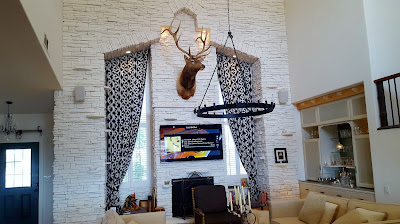 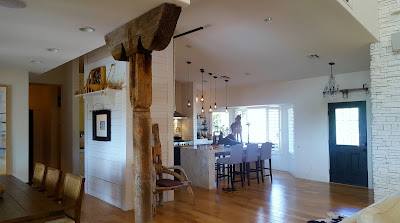 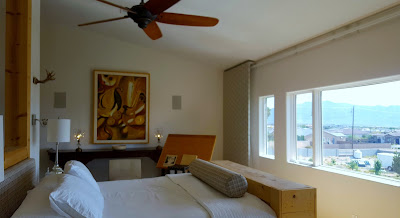 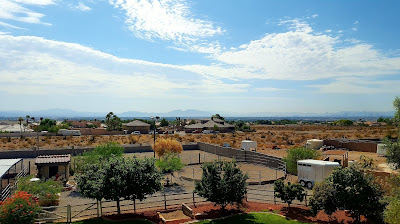 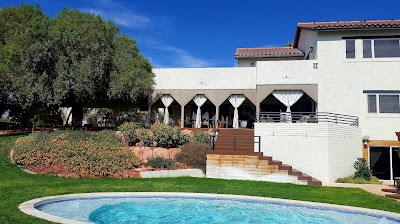 Scott was never one of my teachers but I knew him and he was one of the teachers all of us students thought was pretty cool. After graduating I took a year off and did construction and landscaping jobs instead of going to college right away. My GPA was 2.0 and my parents weren't ready to pay for college so they told me to take a year off first. Seriously, what sense does that make? If anything, you are going to be less prepared after not going to school for a year (more on that later).

We had drinks and I caught them up with what I've been up to for the last 20+ years and asked them what they've been up to, how they met, etc. But the best part of the evening was being a former student, I got to ask a former teacher/faculty member questions about rumors that circulated among students when I was in high school. So of course I wont say what, but what teachers we disliked or thought were dicks, which of the female teachers us guys thought was the hottest, etc. I had always wanted to know what teachers thought of us, like when we slept in class, or if they had any gossip or rumors among themselves. Surprisingly, they had some of the same rumors as us so there is some truth to every myth.

It was late and I'd had several glasses of wine so it was time to go to sleep. I'm a night owl and both of them are early risers and were going to drive out to their property at Zion in Utah the next day so they showed me the downstairs where I'd be sleeping. Dude, this was a full on suite that you could rent as a mother-in-law. Full bathroom, queen size bed that would rival anything you would find at a resort, flat screen television in the bedroom and in the living area, kitchen, french doors to the patio, man this was awesome. I opted to shower and read my book for a bit and called it a night.

Woke up early on Saturday, shortly after 7am and Scott was up already. Grabbed some coffee and sat down and caught up some more. Its pretty interesting the discussions you can have with someone who was an authority figure to you 20 years prior, although there's only an eight year age difference. What's most interesting to me is 20 years ago, is that we are both from different generations, or close to it and I never would have thought about socializing with any of my teachers outside of school. Yet 23 years after I've graduated high school, all of that shit doesn't matter anymore. People are human, if they have good intentions, a sense of humor, didn't vote for Trump, and don't get annoyed with me or offended by my foul mouth within 30 minutes after meeting me, there is a good chance we'll probably get along well.

Scott and Ken showed me their backyard; they've got horses, several very large Pyrenees dogs, and a chickens. Chickens are funny, they walk around, pecking at the ground while making random clucking noises. I'd commented on one of his Facebook posts once about being able to put a chicken in a trance, so of course he asked me to show him since I was there. Done. 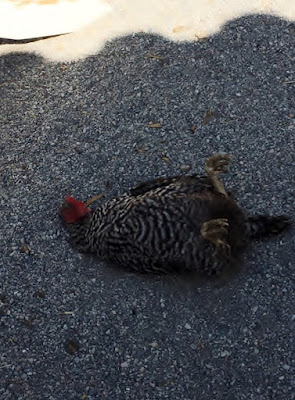 Now, when they invite their friends over and everyone is sitting around their fire pit sipping wine, instead of telling a recycled dad joke, they can put the chicken to sleep. Oh by the way, its harmless and the chicken will get back up like nothing ever happened after it gets distracted. Finally it was time to go, and I said goodbye and thanked Scott and Ken. Facebook has an overwhelming tendency to produce more annoying shit than I care to read (my posts included), but I'm glad for the opportunity to reconnect with people I haven't spoken with in years.
Posted by Sadtaco at 20:07