This was back in 2014, late August through early September. My then girlfriend and I took a two week road trip on our motorcycles from Seattle through Oregon, Idaho, Utah, Arizona, California, and back up the coast. Both of us rode Ducati Monsters; hers was a 2004 M620, mine was a 2002 M750. We did over 4000 miles in all and its something I'll never forget. Have a look at the route we did in the map below. 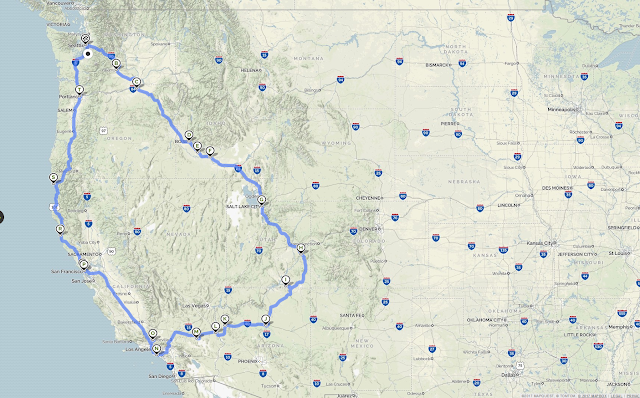 And, some video I put together from footage during the ride